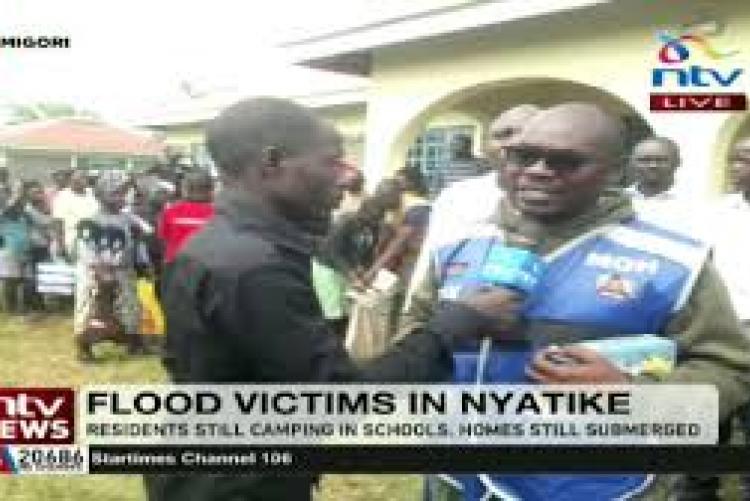 Migori Governor Okoth Obado has appealed to the national government to distribute relief food to drought-stricken parts of the county. He said most residents in Nyatike constituency face severe hunger as a result of the long dry spell. “Nyatike is a semi-arid area and crop production has declined. It is our appeal to the national government to also remember our people here as it distributes relief food to other parts of the country,” Obado said on Saturday.

Drought in Nyatike has affected fish production after ponds that were developed through the Economic Stimulus Programme all dried up. Fish quantity in lake Victoria has also declined due to increased pressure.

The county government has partnered with the national government, through the National Irrigation Board, to complete the Lower Kuja Irrigation Scheme in Nyatike to improve food security.

The irrigation board has already handed over 200 hectares (494 acres) to the county government for farming.

“Migori government has a masterplan of getting a long-lasting solution to frequent food shortage in Nyatike. But we request the national government to pitch in now before we accomplish the plan,” Obado said.

The governor spoke on Saturday during a cleanup of beaches along Lake Victoria in Nyatike subcounty. He outlined a plan to improve the standards of tourist sites.

Thimlich Ohinga has been classified by Unesco as a world heritage site.

“To promote cultural activities and tourism, my government is committed to improving the status of cultural sites,” the governor said. Obado said Migori is strategically placed and can get tourists from Western Kenya and northern Tanzania tourism circuits. He urged leaders and residents to work together.

Obado said his government has built new roads, murramed and maintained many more in all 40 wards.

“We are delivering services to our people through building public roads and undertaking development activities within the devolve units to improve the living standards of people,” Obado said.