THREAT TO FOOD SECURITY NEEDS TO BE ADDRESSED 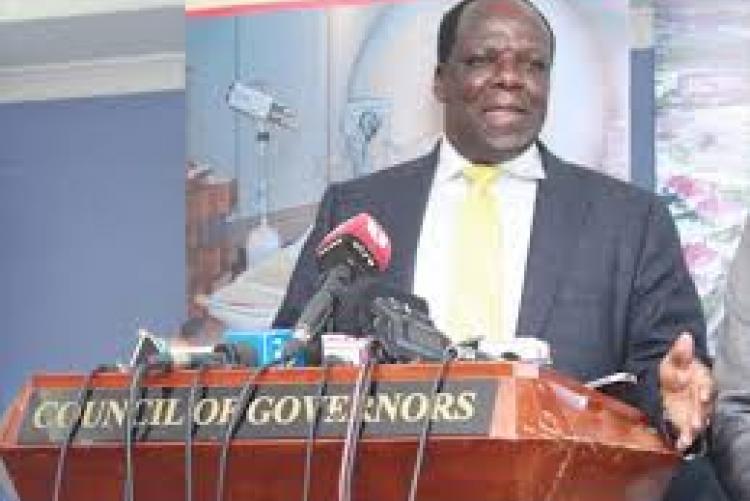 Governors have asked the state to include counties ravaged by floods and the desert locust invasion in the national government's plan for economic recovery.

Council of Governors chairman Wycliffe Oparanya said he will meet President Uhuru Kenyatta on behalf of the affected counties.

The government is currently looking into how to restore the economy after the damage caused by the coronavirus pandemic.

Health restrictions including the closure of bars, markets and ban on movement in and out of particular counties to curb the spread of coronavirus have left some economic activities on their knees.

And as the government looks to restore the economy, Oparanya said the effects of floods and locust invasion must also be factored in the economic recovery strategy.

He said the floods menace and the desert locusts invasion are national disasters.

"As the Council of Governors, we support the President's plan to come up with a post-coronavirus economic plan to bring the country's ailing economy back on track after overcoming the pandemic but the floods menace should be part of the strategy," Oparanya said.

The Kakamega governor said the economic recovery strategy will only work when the food security aspects have been addressed.

Oparanya said floods have destroyed property rendering thousands of people homeless in less than a month and must be addressed in the economic recovery plan.

He said donors will be ready to provide assistance to the government to implement the economic recovery plan. "Kenyans affected by calamities should be factored in the strategy for an all-round recovery plan,' he said.

Oparanya said the locust invasion was a serious risk to food security.

The United Nations has reported gains in the fight against desert locusts in East Africa and Yemen but says the risk of a food security crisis remains.

Food and Agriculture Organization director-general Qu Dongyu in a progress report said more needs to be done to prevent a food security crisis, as the ongoing rainy season provides favourable conditions for locusts to breed.

Oparanya said that farmers will not be able to produce enough food unless the threat posed by the desert locusts is addressed.

He said that the pests have invaded counties considered as the country's food basket.

Experts have warned that the Covid-19 pandemic war appears to have shadowed the fight against desert locusts, a factor that could lead to serious food shortage.