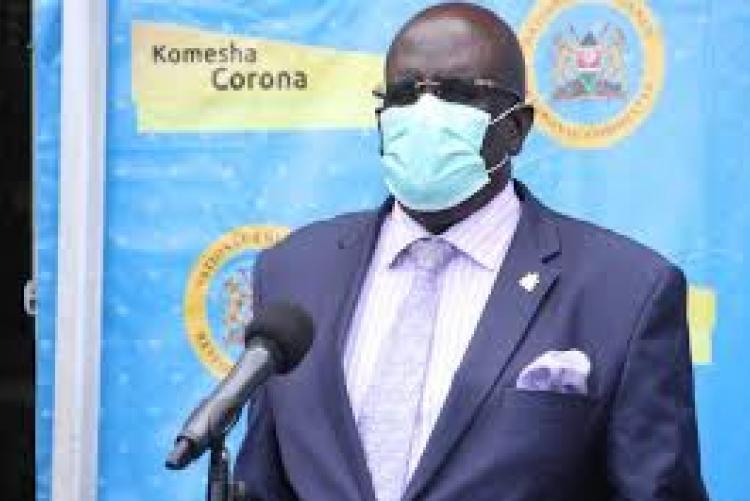 Education CS George Magoha on Sunday, April 26, announced that the nationwide closure of schools and learning institutions would be extended by one month.

The directive is to take effect from the date of opening, which was scheduled to be May 4, 2020.

The Cabinet Secretary sought to make it clear to students, parents and the general public that the earliest schools could open was on June 5, 2020.

Magoha stated that the exams would only feature questions drawn from parts of the curriculum covered by learners before the Covid-19 disruption.

"Let our children enjoy the last part of their holiday and then start the one month added. Exams will be on areas covered.

"I hope I have preempted your questions on exams," he told journalists gathered for the briefing.

President Uhuru Kenyatta had on Sunday, March 15, ordered the closure of all schools including universities in a bid to curb the spread of Covid-19.

With learners out of school, serious concerns had been raised by various Kenyans particularly as the government insisted that it would not postpone KCPE or KCSE.

Magoha attracted criticism after he claimed that the digital learning program, which involves TV and radio classes as well as online content, had reached a vast majority of students, citing the country's high mobile network penetration.

Those who questioned the plan observed that many Kenyan learners, particularly those from low-income backgrounds, lacked the means or equipment to access such learning.

The issue of learners with disabilities missing out entirely on the classes had also caused a furore and was highlighted by leaders including Nominated MP David Ole Sankok.

In a press briefing that has since gone viral, Embakasi East MP Babu Owino had on Saturday April 25 demanded that Magoha submit the 2020 KCPE and KCSE examinations to him for prior inspection to ensure that no children were disadvantaged.

"Magoha must submit to my office those exam papers in advance so that I can verify if they have tested what has not been taught so far to the candidates," he announced, citing his position as Secretary General of the Kenya Young Parliamentarians Association (KYPA).