The Employment and Labour Relations Court has stopped two universities from reducing staff salaries by 40 per cent. Justice Byram Ongaya on Friday barred Egerton and Kisii universities from paying staff reduced salaries pending hearing and determination of a case filed by the Universities Academic Staff Union (Uasu). Granting the temporary reprieve, Justice Ongaya said: “A conservatory order is hereby issued against Egerton and Kisii universities servants and/or agents against implementing the circulars on 40 per cent pay cuts issued on May 13 and 11, 2020 without the inclusion of Uasu’s input.”

Justice Ongaya, who certified as urgent the case filed by Uasu lawyer Titus Koceyo, ordered the parties to negotiate before the trial of the case on May 27, 2020. Certifying the suit as urgent, Justice Ongaya concurred with Mr Koceyo that there is “imminent violation of the rights of the aggrieved workers”. Mr Koceyo said the two institutions issued circulars communicating intended pay cuts on May 11 and 13, 2020.

The lawyer said that as other 29 universities pay their staff in full, “only Kisii and Egerton have issued circulars on pay cuts in contravention of labour laws.” Egerton University Vice-Chancellor Rose Mwonya sent a circular dated May 13, 2020 to all staff about pay cut. Prof Mwonya said: “Due to Covid-19 pandemic that has affected the entire country, the university is not able to generate enough funds internally to be able to pay salaries for the month of April 2020." She said the cash crunch might stay for a while.

In the case, Uasu informed the Employment and Labour Relations Court that the two universities have begun to implement the circulars in violation of the lecturers’ rights. “Implementation of the circulars has the effect of breaching and derogating from the duly executed collective bargaining agreements (CBA’s) and contracts of employment between Uasu and the universities,” Mr Koceyo states in the petition filed in court.

The lawyer says the circulars deviate from the existing pay structure and salaries as covered in the CBA’s without its concurrence. “It’s imperative that court do protect the employees contracts of employment,” Koceyo.

Mr Koceyo said the two universities did not consult with Uasu, which represents its members in all the 31 public universities. The court heard that all universities are funded by the government and the funding has not been withdrawn; therefore, the move by Kisii and Egerton universities is ill intended.

“That the government of Kenya has not stopped funding public sectors and indeed in the re-allocation of funds in the supplementary budget 2020, the public universities were given additional funds towards remuneration,” Uasu Secretary-General Constance Wasonga said in an affidavit in support of the case. Dr Wasonga added: “There is no reason to pay the petitioners (Uasu) members reduced salaries.” 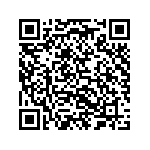