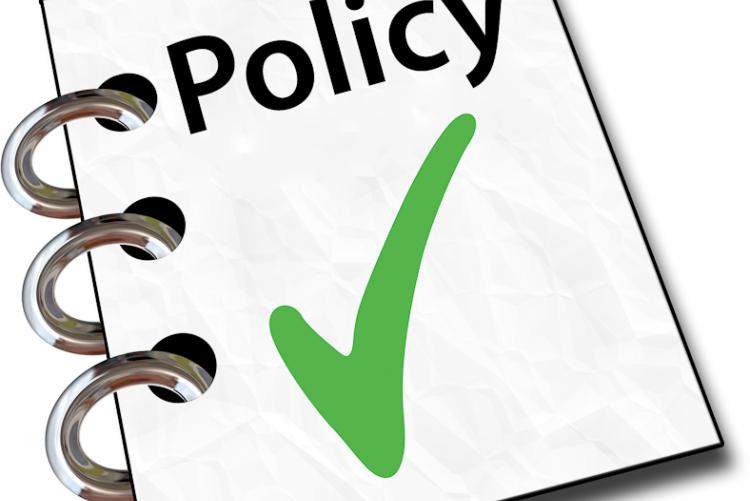 There is no doubt that the policy choices for the year 2020 were changed drastically on March 13, 2020. This was the date when the first patient for COVID-19 was confirmed in Kenya. Since that time, the Ministry of Health has issued daily press statements recording the number of tests that have been conducted in Kenya, reiterated the messages on how to avoid infection with Sars Coronavirus 2 and urged Kenyans to observe physical distancing and to work from their homes.

On March 25, 2020, the president announced state interventions to cushion Kenyans against the economic effects of the COVID-19 epidemic. It became clear that while the priority must be ensuring that the COVID-19 infections are slowed down to allow for the flattening of the curve of infections, there are requirements to fund the response to the problem of infections and its effects on economic performance. Since that time, there have been a large number of suggestions on what government should do immediately in order to ensure that the health crisis does not extend and that its collision with economic pressures doesn’t create further harm to firms and individual Kenyans.

In the quest to be helpful, Kenyans are looking at the responses from other countries. For instance, the United Kingdom, South Africa and the United States of America have designed elaborate economic and social policy responses that require increased spending by government. The popular press referred to these as “stimulus programs” and urged the government of Kenya to initiate a local stimulus program and crowd in resources from bi-lateral, multilateral and domestic revenues to fund a Kenyan stimulus program.

Like most policy choices that find their way to the desks of decision makers, the intention is often correct but represent motivated reasoning by people who see the chance to use a crisis to make government pay for programs that they have an ideological or even commercial interest in. This means that the government will receive many proposals but must sift through them carefully for their usefulness in the present condition, affordability and their cost effectiveness in achieving the social objectives.

Existing commitments of the government and the overlapping risks suggests that government generally and the Treasury in particular, must be very cautious in the choice of policy instruments and goals of economic policy. The Budget Policy Statement 2020 acknowledges that public expenditure pressures are a risk . Noting that there is an avalanche of proposals on how to maintain growth and limit the damage that may come from the “shelter in Place” policy, should be guided by the dictum of medical practitioners that, “first, do no harm”.

Each of the policy choices at hand will have enthusiastic supporters asking for the crisis not be wasted and for government to do something big. Under these circumstances, there are many policy moves that government may take but the critical issue is to avoid missteps that would not only aggravate the effects of health crisis but also unduly delay economic recovery. In the circumstances, the main focus is what government should not do, because avoiding serious damage is as important as making the right steps in public health policy.

Plainly stated, the four things that government must not do are: (i) to hide information and figures related to mortality and spending, (ii) attempt to institute price controls and quotas against traders, (iii) adopt import substitution as a tool of development policy and to use the moment (iv) to support pet policies of political constituencies.

First, the present crisis of the growing infections seems to be acute and therefore all public responses at this moment should be directed towards managing this threat. What this means is that the “Shelter in Place” policy is the imperative and it will have the corresponding effect of slowing down economic activity until the crisis is brought under control. With that in mind, the Treasury ought to require the Ministry of Health to declare the assumptions and scenarios of the trajectory of infections and the risks of mortality, morbidity and the resource requirements to each scenario. It is possible that the scenarios have been developed and the numbers that are announced to the public represent this reasoning. What is not evident to dispassionate observers is what time horizon have been fed into the response plan so that the results of the applied policy will be judged. There are some uncertainties regarding the total number of tests being conducted daily and how quickly this important initiative can be scaled up.

It is curious that the Ministry of Health has given estimates and highlighted its approached dedicated towards “flattening the curve” of infections, but it has not published a document against which its work and progress should be judged.

Second, the political pressure and the demands of the moment means that a fiscal policy response is required. The government of Kenya has limited fiscal space for expanded spending especially since it has large commitments for non-discretionary spending and limited scope to expand revenue collection under the circumstances. Kenya has gone beyond the danger of slower growth but faces the chance of real contraction in the economy. What this means is that resources will be scarce at the very moment when there is critical demand for that. Government cannot therefore afford to use the metaphor of using a hosepipe of money at full throttle to put out the fire of a contraction. Whatever it is that government does through a stimulus program or any protection intended to cushion against the bottom falling out, it must not throw money at the problem.

After the fast action in the form of closure of all schools and colleges, Kenyans developed the expectation that the government would proceed from a curfew and into a complete “Shelter in Place “policy for several weeks. At the individual level, urban households began to visit retail stores and make purchases in preparation for the possible “lockdown”. This sudden surge in demand for food items, home cleaning products and even sanitisers came to the attention of government. In spite of the assurance by major retailers that there were sufficient stocks in store, many households continued to make large purchases.

If the demand for goods continues to rise, prices would rise. Under the guise of protecting the public from this rise in the prices of food, surgical masks and essential items, the government spokesmen have suggested that any traders who take advantage of the situation would be charged for price gouging, an offence that is poorly defined in Kenya’s laws . This cautionary statement started the discussion about reinstitution of price controls.  This presents the third danger that both the executive and legislative branches of government must avoid. It may seem momentarily convenient to court public opinion by introducing price controls. That would be an enormous mistake that would create further damage because it would eliminate the incentive for traders and manufacturers to keep markets working. Price changes that track demand are essential for the markets and in these circumstances, any price increase achieves the goal of discouraging buyers from too many purchases while also allowing manufacturers to respond by increasing production. Price controls may be popular but one thing they would guarantee is that goods would disappear from shelves very quickly. Whatever price support mechanism that government considers, a price control policy should not be on the table.

Fourthly, all countries will pay a human and economic price for the uncharacteristic unpreparedness. While the crisis persists, government will examine the reasons for vulnerability in securing access to supplies and disruption of global value chains. It is predictable that the economic nationalists will have amplified voices in most parts of the world. They will use this once in a generation shock to revise history by stating that this was predictable and that its main reason is that reliance on global markets. This will result in dusting up old theories such as import substitution and lead to a new industrial policy focussed on domestic reliance. This would be a great and invariably expensive error. Countries with huge industrial capability such as the United States may succumb to the need for self-reliance ostensibly to reduce reliance on global value chains. While they would say a cost for that economic nationalism, Kenya cannot afford the luxury of reducing the reliance on global markets. This is because manufacturing firms in Kenya rely on imports as intermediate inputs from which exports are built.

The summary is that while the effects of the COVID-19 pandemic will at best lead to an economic contraction at the global level and stagnation in Kenya, the tools of economic policy at Kenya’s disposal require careful consideration and it matters as much what mistakes government avoids as it responds to the threefold crises coming from global, domestic macroeconomic pressures and sector level challenges. Good economic policy is invaluable for health policy during and after crisis.